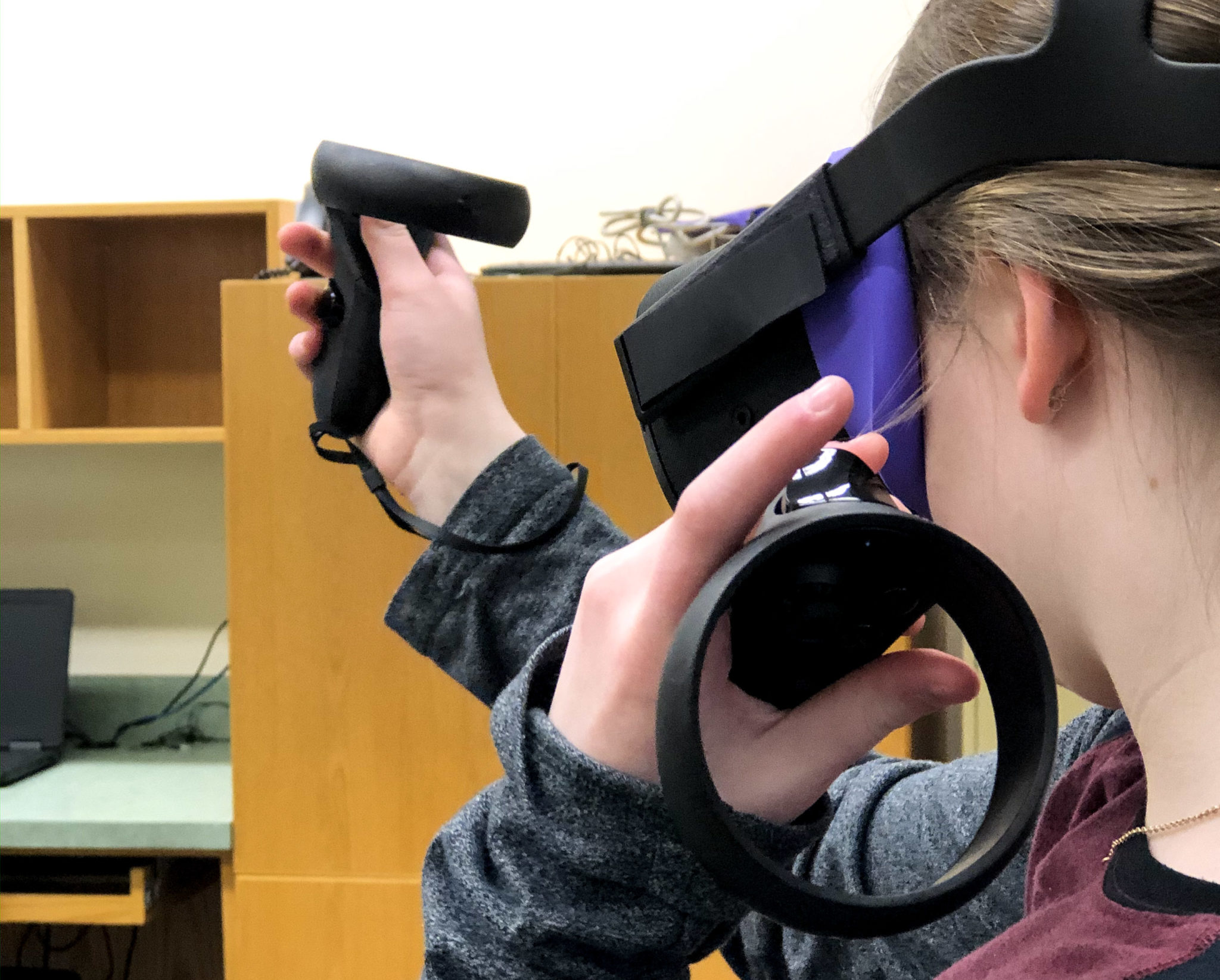 On Wednesday, March 11 2020, Kalesnikoff was thrilled to be part of furthering local children’s education by providing Twin Rivers Elementary School in Castlegar, BC with financial assistance for their Science, Technology, Engineering and Math (STEM) Program. 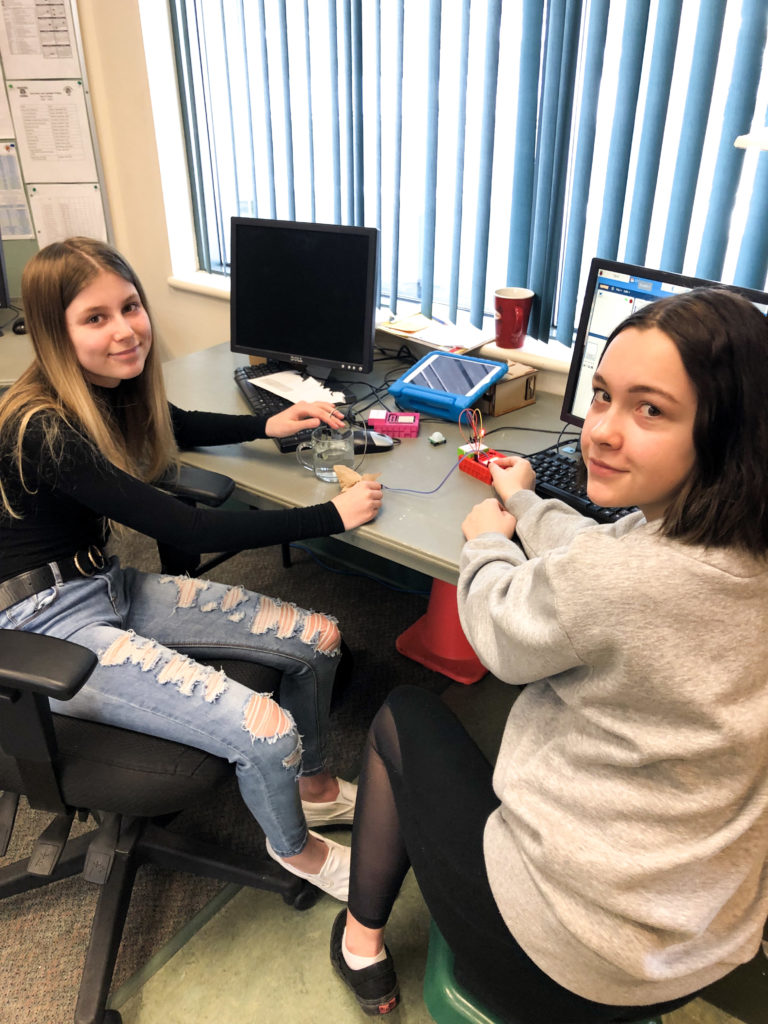 As a family-owned, fourth-generation company, Kalesnikoff is committed to making a positive difference for employees, the local community and the environment. One of the ways the company acts on this commitment is by supporting local causes, events and initiatives through our Kalesnikoff Cares program. Each year, Kalesnikoff contributes funding of approximately $50,000, in addition to in-kind items and other support.

Twin Rivers Elementary School strives to have current and engaging learning opportunities to prepare their students for the future. As part of STEM, their focus is to have 21st century learners ready for the future. STEM education focuses on 3D printing, augmented and virtual reality as well as computational thinking and coding platforms. Twin Rivers Elementary’s aim is to provide valuable exposure to STEM at a time when technological advancement is a sought after, valuable asset to the Kootenay region. 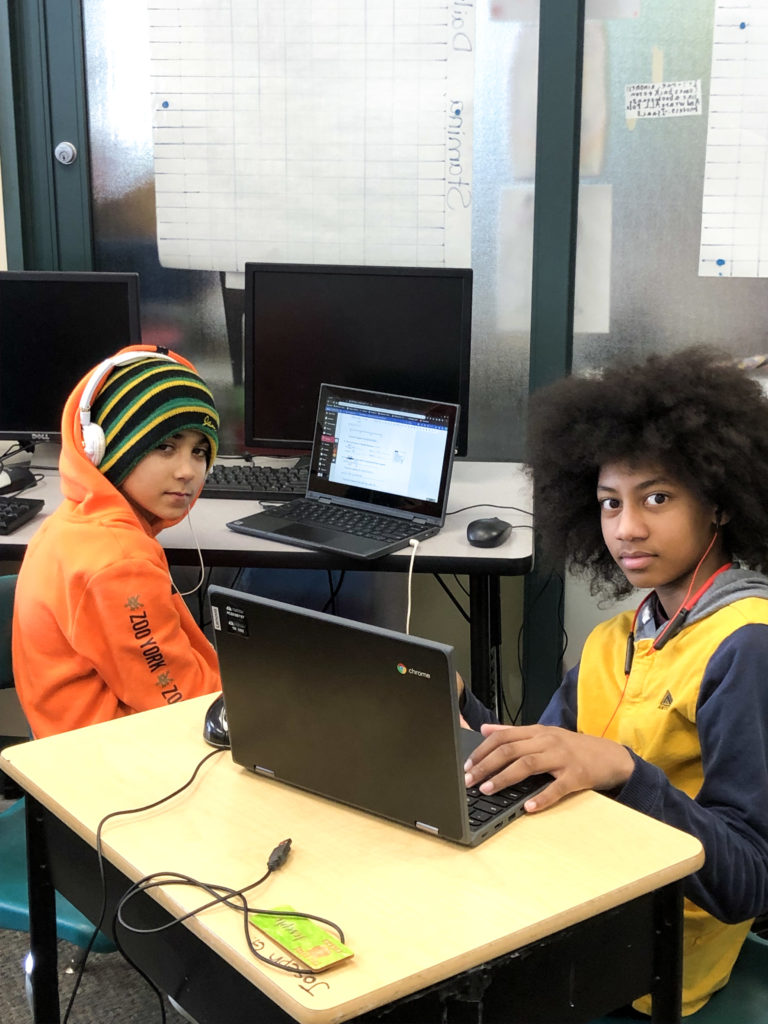 The equipment that the school recently invested in includes 15 Dell touch-screen laptops. With the touch-screen capability of these computers, students are able to learn, create, share and explore their learning at a new level.

“Kalesnikoff’s contribution has allowed students to become familiar with new technology, giving students access to work from home and school with Google Classroom. This creates a medium that allows for traditional assignments to be done online. It also incorporates drawing on CAD programs like Tinkercad and Fusion 360. We are also working on using Virtual Reality and Augmented Reality as tools to bring the real world into the kids’ hands in the classroom,” said Twin Rivers Elementary School Vice Principal, Mike Page. 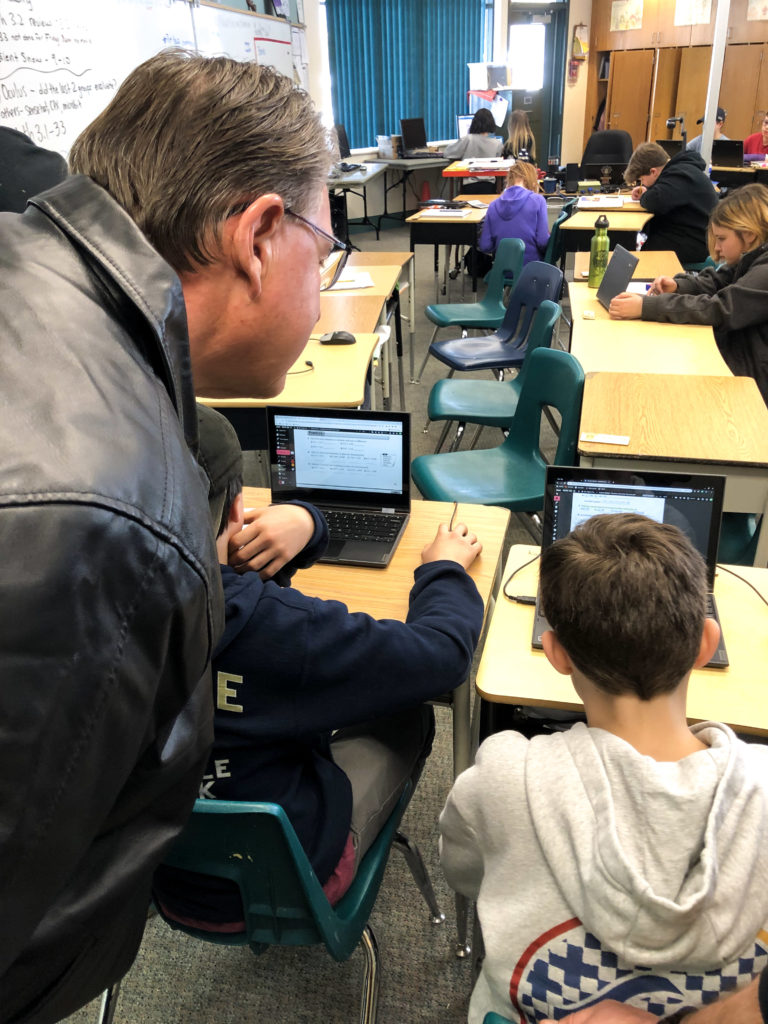 As impressive as this technology sounds, it is even more impressive to see in action. Kalesnikoff CEO & President, Ken Kalesnikoff, was delighted to be given a tour of Twin Rivers Elementary and introduction to the new technologies at play in these local classrooms.

“Taking Mike up on his invitation to visit the school really opened my eyes to how technology has become such a huge part of the school curriculum, as it is also such a driving force in society and in our industry today specifically. Being able to see Mike engage with his students and his clear passion for their education had us feeling very proud to support this initiative,” said CEO and President of Kalesnikoff, Ken Kalesnikoff.

Page explained that the students are using a program called CoSpaces, which allows them to take 360 images that they can travel to and create a virtual reality tour for others to enjoy. Lastly, they have been doing physical computing with devices like the Microbit and Raspberry Pi. 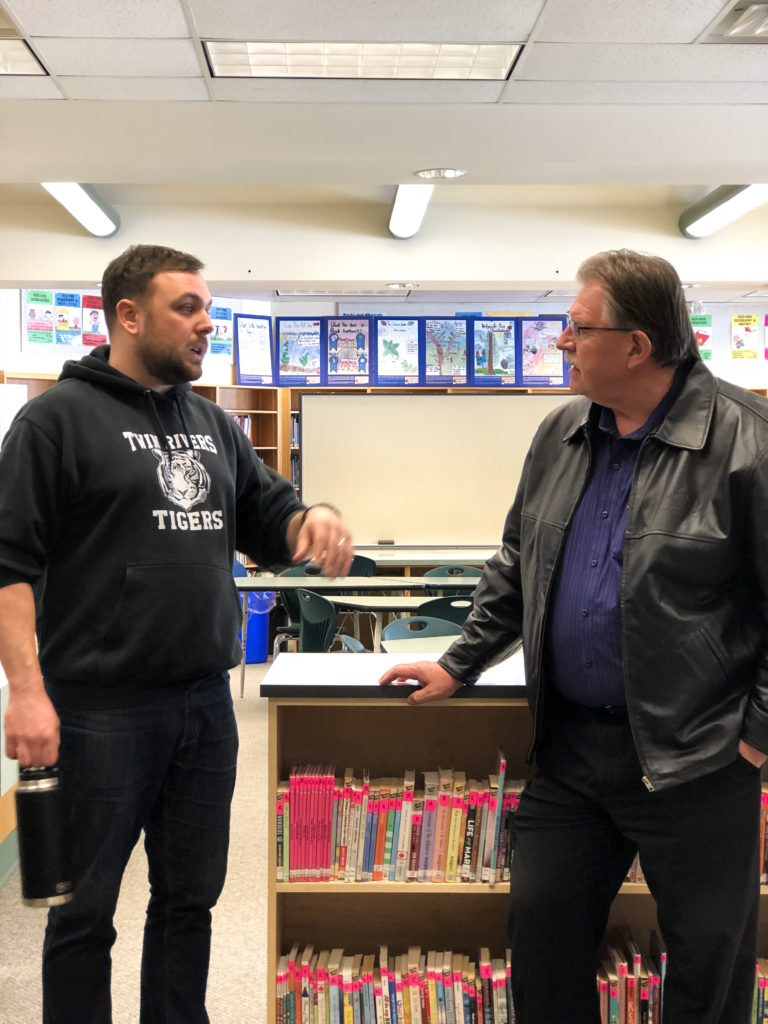 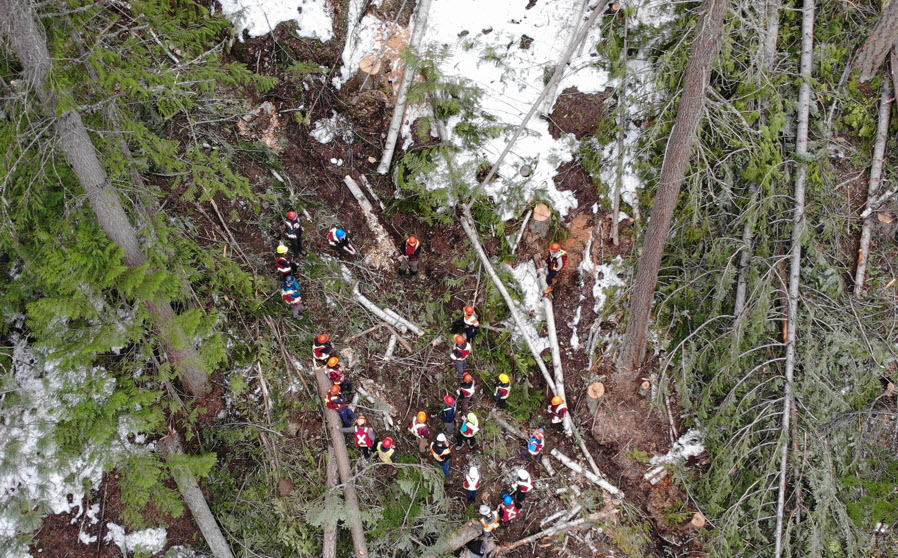 Local Forestry students at Selkirk College joined our team for a field trip in late March. 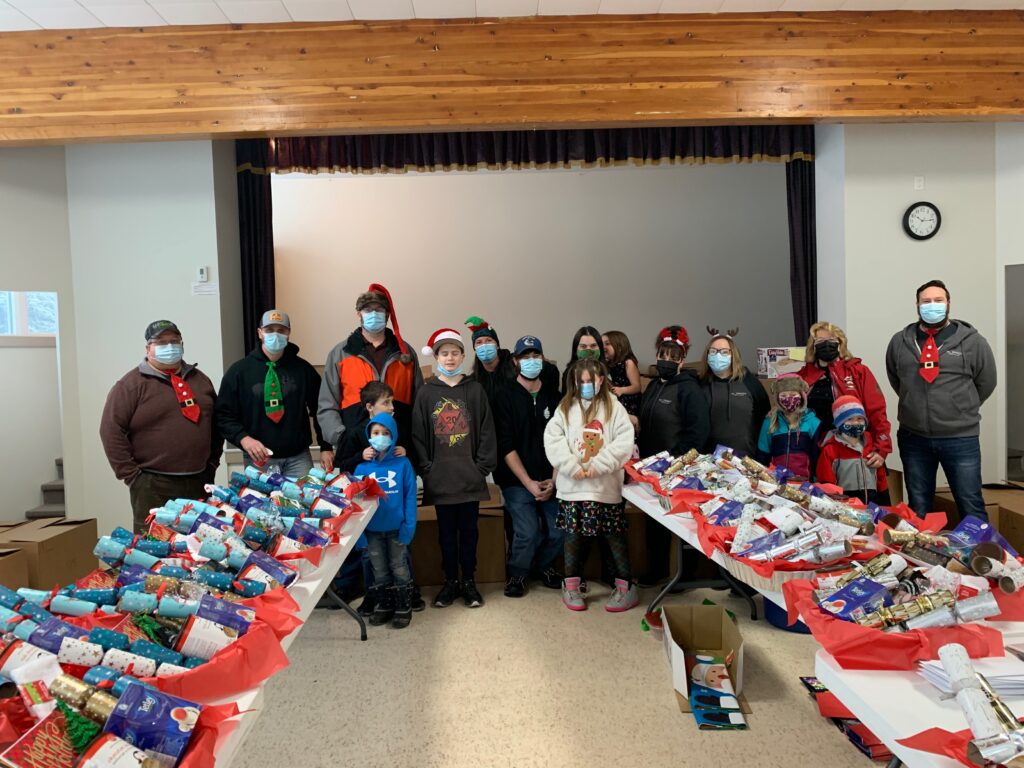 Hope for the Holidays

Hope for the Holidays volunteers provided gifts for 51 families and 120 seniors in our community.

Read More
Back to the Blog
We use cookies on our website to give you the most relevant experience by remembering your preferences and repeat visits. By clicking “Accept All”, you consent to the use of ALL the cookies. However, you may visit "Cookie Settings" to provide a controlled consent.
Cookie SettingsAccept All
Manage consent

This website uses cookies to improve your experience while you navigate through the website. Out of these, the cookies that are categorized as necessary are stored on your browser as they are essential for the working of basic functionalities of the website. We also use third-party cookies that help us analyze and understand how you use this website. These cookies will be stored in your browser only with your consent. You also have the option to opt-out of these cookies. But opting out of some of these cookies may affect your browsing experience.
Necessary Always Enabled
Necessary cookies are absolutely essential for the website to function properly. These cookies ensure basic functionalities and security features of the website, anonymously.
Functional
Functional cookies help to perform certain functionalities like sharing the content of the website on social media platforms, collect feedbacks, and other third-party features.
Performance
Performance cookies are used to understand and analyze the key performance indexes of the website which helps in delivering a better user experience for the visitors.
Analytics
Analytical cookies are used to understand how visitors interact with the website. These cookies help provide information on metrics the number of visitors, bounce rate, traffic source, etc.
Advertisement
Advertisement cookies are used to provide visitors with relevant ads and marketing campaigns. These cookies track visitors across websites and collect information to provide customized ads.
Others
Other uncategorized cookies are those that are being analyzed and have not been classified into a category as yet.
SAVE & ACCEPT